scourges of fiefdoms, looters of ancient tombs, slayers of dragon and kings, murderers of thousands, executioners of infidels, the most dangerous thing

There are times in my life where I get all enthusiastic about something, start work on it like mad, achieve constant flux and manage to implement my big-design-upfront into something I’m quite proud of. Shame this kind of mad effort is ultimately wasted as the object of my awesomely obsessive geeking out is sexy just for me.

Oh well. Such is life.

Then when I have real needs driven by real people, such as my players having a single source with all our house rules, and to complement them with the Italian translation of an old school game so that they have rules they can understand (there are no copies of Italian BECMI in my group, and some of them seriously struggle with English) I really can’t be bothered to put any effort in it. Well, to be honest I do write the house rules in our mailing list before treating them like guinea pigs. And then I put them in a google docs document, which gets first printed, then brought to the table. And revised. Revised a bit more…
A bit more…
And a bit more…
Then it got a name.

Then a while later browsing the Fight On! Page on Lulu I think first of the little bundle of love I wrote and then of the dreadful thought of doom:
“Oh well I just need to reach 32 pages… and I‘m more or less at 10, plus a few things I wrote on the blog which are not compiled yet, maybe 15 in total. Plus two for the covers I need just 20 more pages, roughly 10000 words. Maybe 7000 because of the tables. And we have already spells to put in. That’s not much.”

But at least I have a nice name; no, not SWOZT&M.

Because the the scourge of fiefdoms, the looters of ancient tombs, slayers of dragon and kings, murderers of thousands, executioners of infidels, the most dangerous thing you’ll be able to find in fantasy role playing 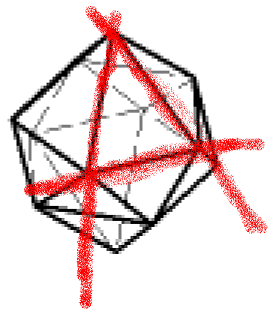 games ever are Adventurers: armed & dangerous.

It’s an humanocentric game (despite supporting the usual other BX races) because humans are greedy, treacherous and hateful enough to make all traditional “evil races of darkness” useless. Yes, my game is a fucking political statement.

And A:A&D sounds awfully like AD&D. But it’s not an AD&D retroclone, an AD&D remake or a retroclone. It bears some resemblance to B/X-BEC because it’s what we started with, but the only reason BEC handbooks are cracked open nowadays is to look up spells, monsters and treasures. And we’re phasing out BEC spells, my monsters are rarely more than “Name-HD-AAC-Special” and the treasures, well, I don’t know for sure yet, but I really like the way Labyrinth Lord handles it.

A:A&D has no planned release date. I have files around, but I can’t find myself working on publishing them before they’re used with at least another group of players.

2 thoughts on “scourges of fiefdoms, looters of ancient tombs, slayers of dragon and kings, murderers of thousands, executioners of infidels, the most dangerous thing”