As I went to the basement I also took pictures of some boardgames, mostly because they occupy the same space.

Next to a tentacle-rapey box of Windows NT I must have obtained through an old client, some good boardgames. The two boxed still in their (opened) wrapping are Ogre Deluxe and GEV Deluxe. I love them to bits. 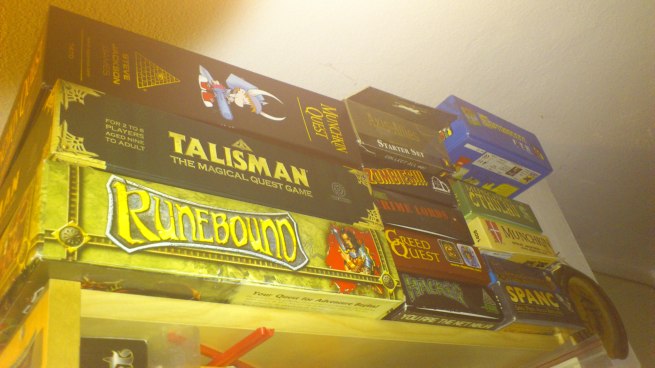 Then I noticed that a bunch of my games was mixed with related stuff, so I went for some context. Stuff on design, writing, game design and game writing. And hintbooks for games. Why are Might & MAgic Collection, Iron Heroes, Magic Item Compendium and Type 4 there? Because in their own way they are brilliantly designed for a given audience and objective. MM4 rocks, by the way. Why is Keep on the Shadowfell there? Because it’s the worst designed piece of shit I’ve ever read. Everybody at the table gave up less than halfway through because of the sheer disgust. I wish I was kidding. 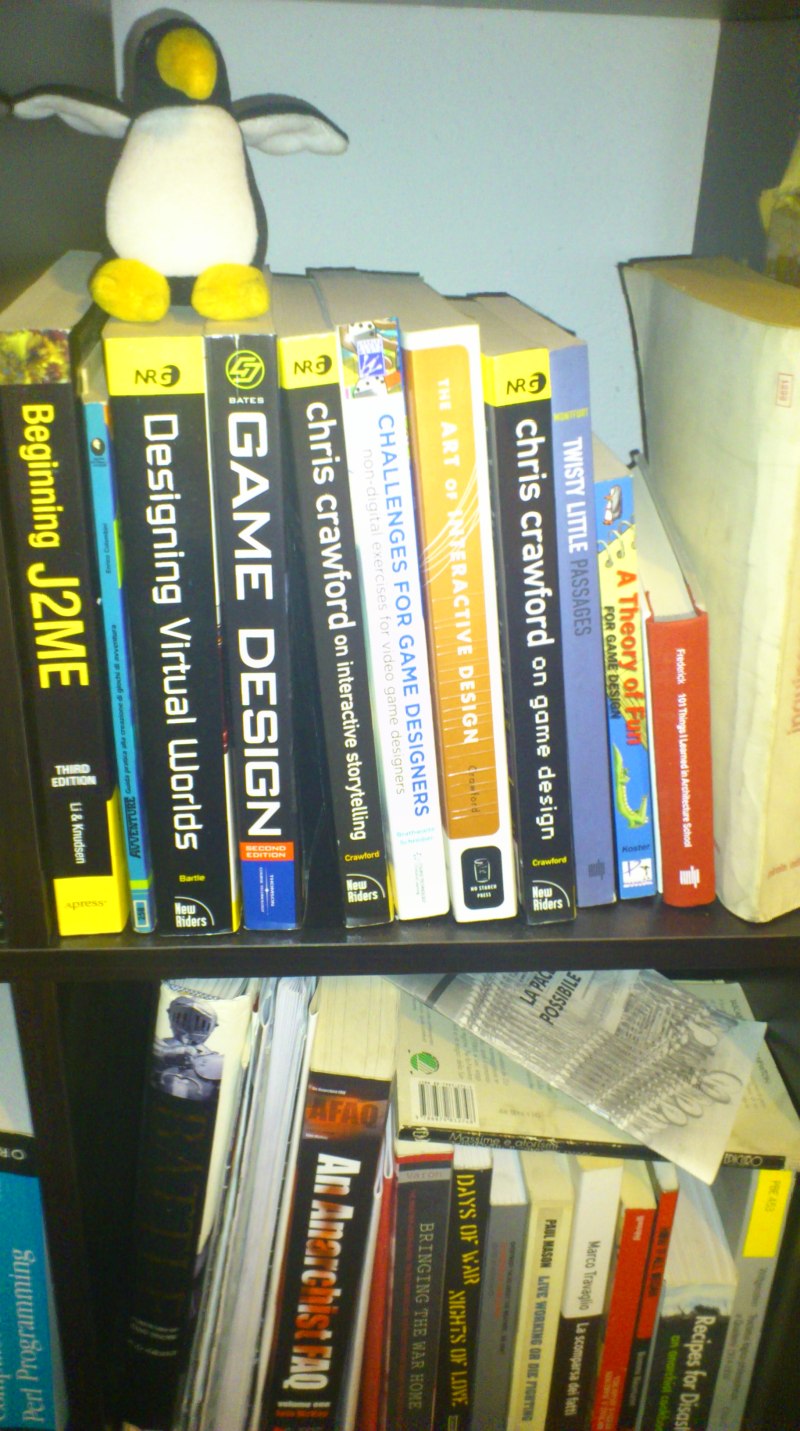 More game/design stuff, over politics and some spillover from the warfare shelf. They inform my campaign settings.

On the left, a corner of my Perl shelf, not pictured as full of books fully unrelated with gaming. 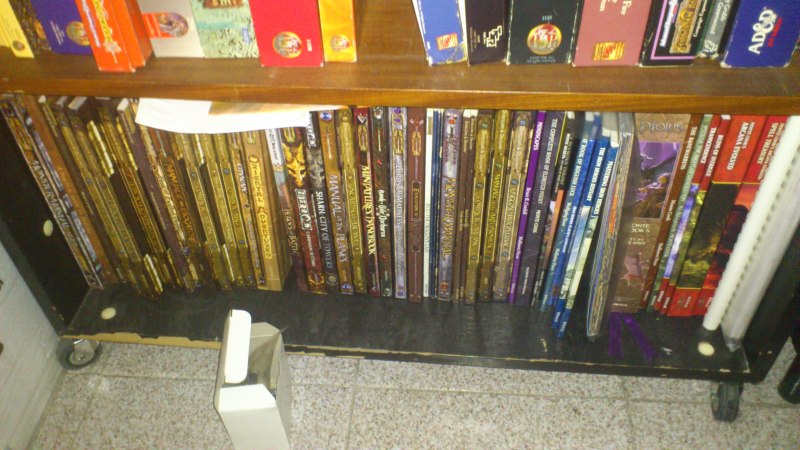 A bunch of d20 stuff. I ran Arcana Evolved/Unearthed for years in a setting that became the Western League and a d20 Greyhawk campaign for 9 years, its end described at point 16 here. I stopped playing it because some of may players made it about playing against the game system to optimize builds rather than playing, you know, adventurers.

I love boxed sets. Two copies of Tales of the Lance because a dude never returned mine at a convention, and then vanished. 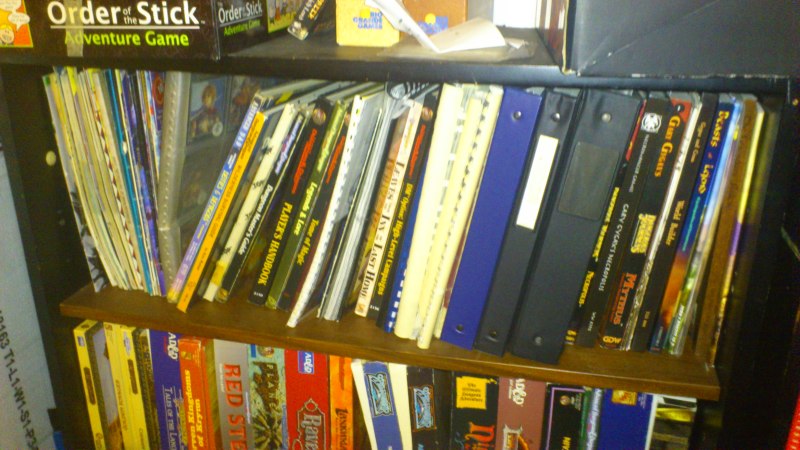 A bunch of Kaos and Rune (Italian RPG magazines from the ’90s), some 1st Edition handbooks, PDF printouts and a bunch of Mythus and Lejendary Adventures material. 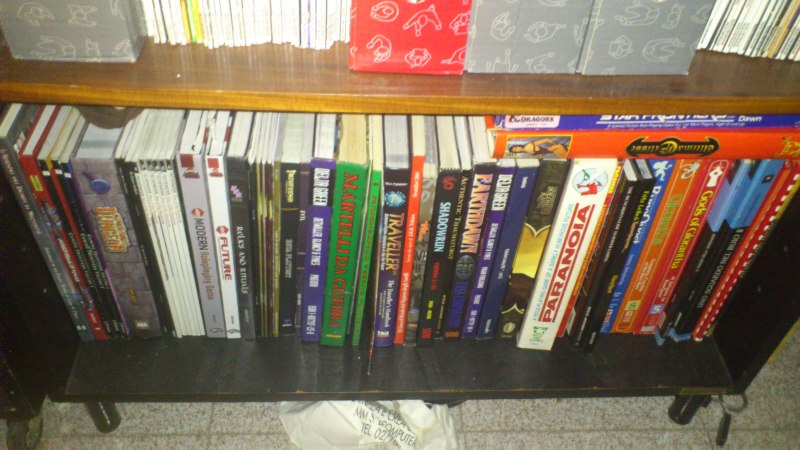 Killer, some Miguel Angel Martin comics, Dragon Magazines. I have all copies since 230 and a bunch of the old ones. At the end it got so bad I’m glad it died. Some Dungeons too.

Ok, I’m done here in Milan. Part 3 will be about the Glasgwegian RPG shelf.