The Hypogea is an utopia. It doesn’t exist not only because it’s fictional, but because the in-world narrative about it is a deliberate lie

Chthonic Codex is, amongst other things, an exercise on writing a usable game supplement written by many disagreeing unreliable narrators. A whole bunch of them are lying, but it’s not clear which ones. As the Codex itself exists in-world, it would be interesting if the players found it and read it and found out what’s wrong with it. The third book even instructs to pick a “truth” level, but of course even that might be misleading.

There is no map for the Hypogea. While there is a map of a section of it, the best use of the map is to be a useful lie. Not because of the obvious “map ≠ territory”, but because the best use for that map is to hand it to the players as soon as they search in the school library or some Master’s office, and then they are so happy that they have a map, and they get enthralled by the possibilities, and then they find out that the map is lying. But not in a spiteful way, just in a non-obvious way, as it probably bears a whole lot of truth but with some lies thrown in to make it harder to use by the uninitiated.

So I decided to write some more lies about it. I plan to write a few of them. They are smallish locations, called Cliffsides because they are, urm, in canyon cliffsides. Like pretty much anything else in the Hypogea that is not in a cave. By the way, if you need pictures of canyons, Google image search has incredible stuff, as you would expect. 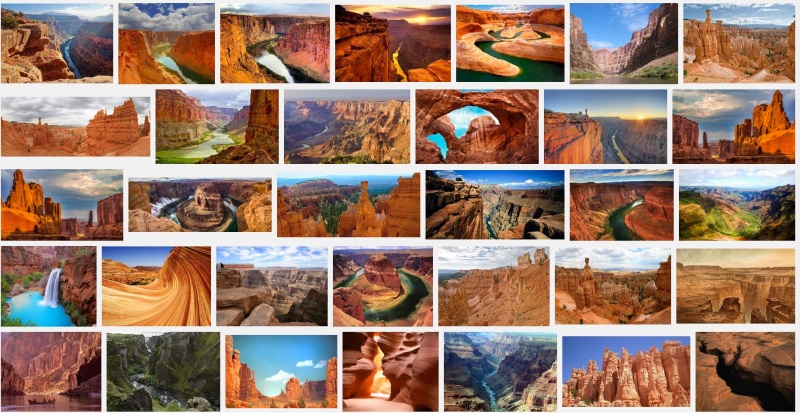 At any rate, here’s the first Cliffside:

A couple of river bends up the Bridge of Bones there’s a small farm/taverna, twice famous.

First, the taverner is Telesphoros, famous not only for their pies but also their big eyes, and many people go there just to have pie and strike up conversation with the attractive owner, who is known to appreciate the attention.

Second, there are many talking crows and singing birds in the tavern, as Telesphoros breeds them and trades them for coins, favours and sundry other things. And Telesphoros trains them to recite poetry and sing hymns, and their birds are priced in the palace and temple alike.

Amongst the birds the silver wrens are surely the most priced. While it’s easy to like other Telesphoros’s birds, it’s hard not to be completely smitten by the silver wrens, in a way that listeners of their songs would do anything the birds ask. But asking they won’t, because while they are perfectly trained to follow simple commands, they can’t speak.  Telesphoros finds really hard selling them. So, even if the buyer has riches to pony up, the seller often does not yield.

AFG: Silver Wren. lvl 0 animal (1hit), defence none, special: flyer, charm person 30′ (save every round until a save is failed, charm lasts 1 turn)

OSR: Silver Wren. 1hp, AC 7, special: flying, charm person 30′ (save every round until a save is failed, charm lasts 1 turn)