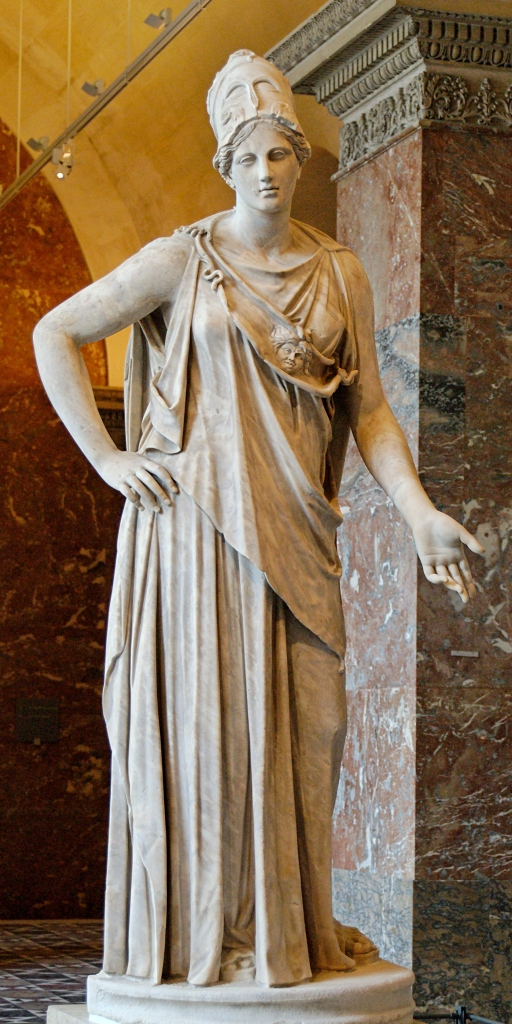 IIRC, celibacy was not the norm for the clergy back then unless they served the awesome badass up here

D&D clerics perform exorcisms and turn undead. That’s very D&D, as in it’s part of it’s implied setting. Other settings’ clerics should have different powers, or else what you’re really playing is your setting mixed with Blackmoor.

An easy way to do this is to replace Turn Undead with granted powers.

If you want a “Classic Greece/Swords & Sandals” approach, let clerics use spears and replace Turn Undead with the following powers, depending on the god. A priest of a given god can use their god’s granted power once a day, twice at level 3, thrice at level 6:

Right, I cheated for Hekate. Just pick a power. Hekate’s portfolio seems to be pretty much more or less everything you ever wanted. Quoting the wikipedia:

She was variously associated with crossroads, entrance-ways, dogs, light, the moon, magic, witchcraft, knowledge of herbs and poisonous plants, ghosts, necromancy, and sorcery

More in general, this was actually not an uncommon thing. Religion in ancient Greece was not homogeneous, and gods were worshipped in many different aspects and with different rites. Also, the split between Chthonic and Olympic was not as clear-cut as we imagine it, and many European intellectuals from the Renaissance to the 19th century and the Romantics spent a lot of effort to fit the square peg of Hellenic worship practice into the round hole of a Christian perspective, including a split of “Olympians good/Chthonic and Titans evil” and much other bullshit.

4 thoughts on “Classic Greece and the D&D Cleric Problem”