More than one agent is going at it? everybody rolls, whoever gets the highest success wins. So if you’re struggling a clash of wit with a tax inspector, and you succeed your intelligence roll with 13 and the tax inspector succeeds their Extract Money roll with a 14, you succumb to taxes and have to pay.

But how do you handle vehicular shenaningans in this game? Use the Core Rule and roll a Piloting/Sailing/Driving/Cycling contest! Rogues have better access to skills and their Focus Ability essentially having free rerolls every day, so rogues are the best candidates for vehicular shenanigans.

I mean, rogues are also the best candidates for shenanigans in general, but whatever.

Prepare to improvise a lot as these rules strive for generic usability rather than detail. Also, MAGEBLADE! has skills (albeit very simple skills) accessible to all characters, so if you use this for other OSR games maybe replace the Piloting rolls with dexterity rolls, and give +2 to rogue-types.

With many excuses to Miyazaki-san, but just to explain what is the main inspiration for mageblade, have some examples:

Vehicle combat is organized in rounds, but those rounds might be longer than normal rounds: for example, you can decide to use a minute round for ship combat. Each round the two pilots roll initiative, the loser declares their action first, then all roll a skill contest. Only the winner of the contest gets to do their action successfully: When a vehicle is hit people on the vehicle can be hit too. First divide the characters in groups by location (so if two are in the cockpit and one is on a wing, there are two groups), then roll 1d(vehicle level): on a 1 characters in the first group are hit, on a 2 the second group is hit, etc. Hit characters must save. 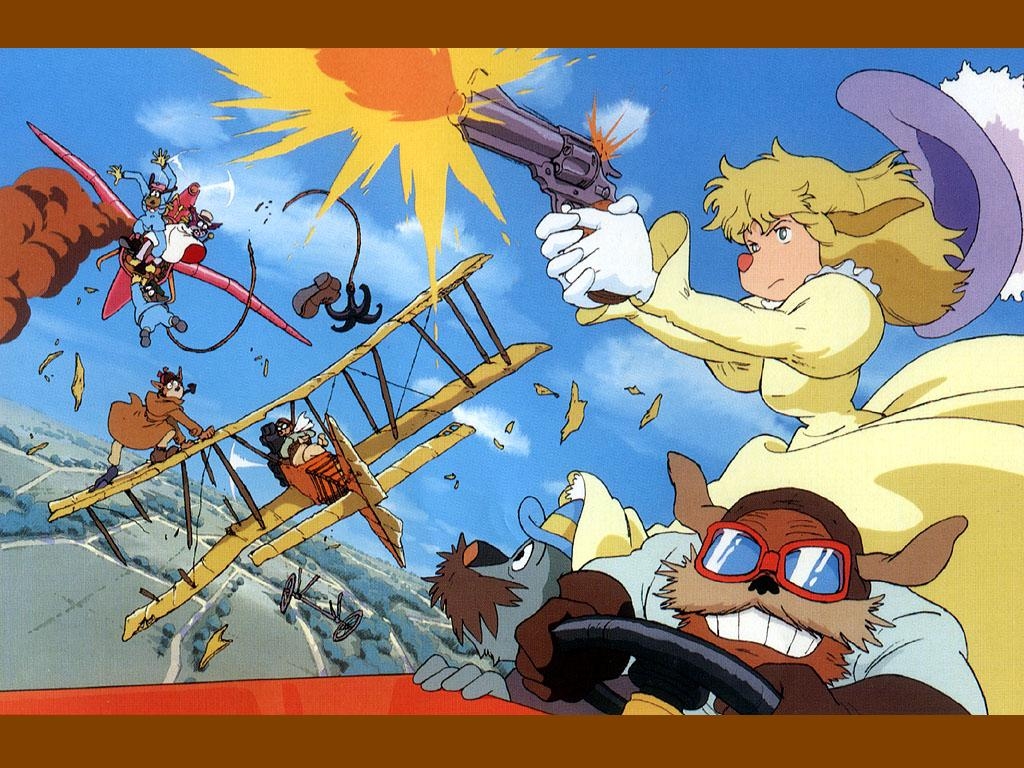 Of course you want critical hits: in that case do not deal extra damage, but come up with some terrible shenanigans. Maybe the vehicle can’t do something specific unless it’s fixed, or must manoeuvre successfully at least once every 3 rounds to avoid shutting down, or something similar. And of course characters can go out, get exposed and try to patch stuff up.
Many thanks to Richard G.