Last year I put together an epic map from Dyson and Stonewerks geomorphs. It got quite a lot of traffic, arrived on reddit and as people thought it was the bee’s knees I followed up with a tutorial to build more of the same.

Comes the OPDC 2012 and I decide that i have to submit something. Gotten the permissions from both the awesome geomorpher dudes I start to play with it and…

Well, did I mention I’m a freelancer? Got swamped with work. That’s my excuse for not winning OPDC this year. 🙂

Here’s the baby as a small image:

Many thanks to both Dyson and Stonewerks for the support.

Castello Sforzesco, the Castle of Milan. And a bunch of Medieval Art

As I’m visiting my parents I took my camera and went to Milan to take a few hundred pics of a bunch of pretty buildings.

The plan has been foiled by Milan’s Castello Sforzesco: less than halfway through the castle and its museums both battery and memory card gave up, fully spent. Pictures are mostly of the castle itself and of the Museum of Ancient and Medieval Art, so I guess you fine people can find some kind of use for them. Click here for them pictures. 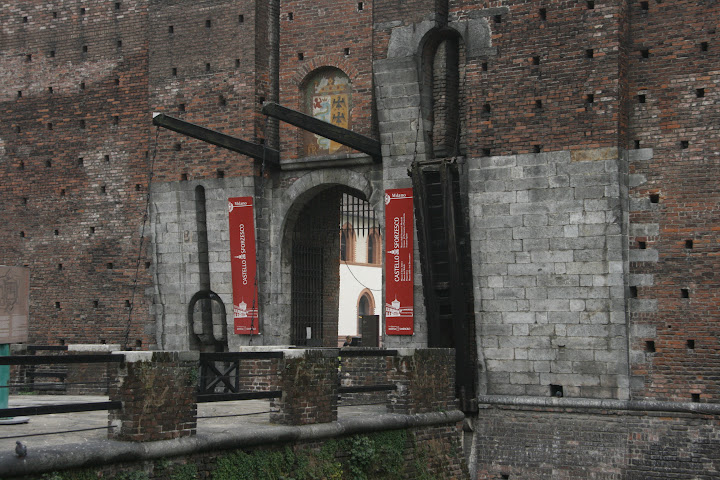 This is a secondary entrance… 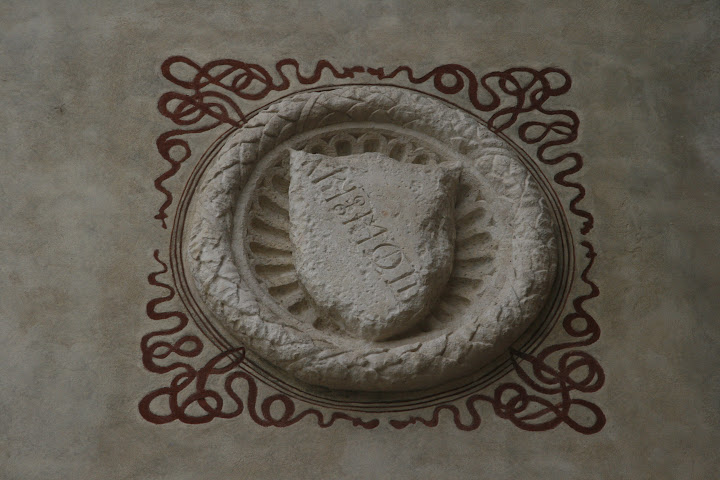 An enigmatic coat of arms… 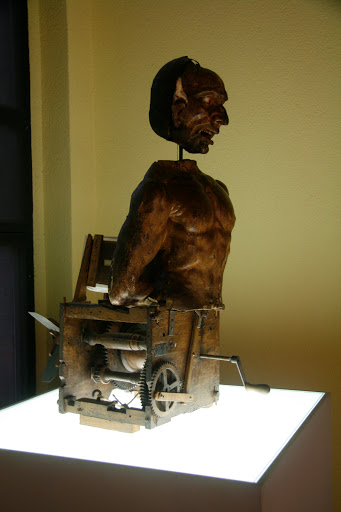 Well, the the title of the post says it all: I was sitting all bored at the university occupation/squat and started doodling maps. I just had the stuff out and decided to share. Not as cool as Dyson’s but you might be interested. Also I don’t have fancy photoshops skillz as it’s early in the morning so image quality is teh suck.

Dwarven Outpost is meant to be a small dwarven/drow/trollish/duergar/svartalfar outpost/colony/sublevel.

Entrance is from the east, leads to a room with arrowslits and a trapped, locked door, then to a short corridor blocked by a portcullis. Pit traps before and after portcullis, then another trapped, locked door. It opens on the guardpost with annexed guard room on the west. Forges on the south, temple west, library northeast, workshops and living quarters north, with private rooms clustering around workshops. Northwest is supposed to be some kind of military highquarter, with stairs downwards to cisterns and underground river. Plenty of secret doors allow extensive freedom of movement and deep-strike ability in case of siege.

Strategic note: in case your players want to go rampage on the occupiers and invade try to leave a front less protected, letting some weak isolated defenders fall back, then surround the attacker via secret passages or other means. Sometimes it works, sometimes not, but it’s always great fun trying to outmaneuver anyone with steel-clad dwarves. A floor plan demonstrates the organizational logic of a building; a section embodies its emotional experience.

Yep I know dungeon geomorphs dice came out already, but a webapp that mashes up side cuts and planimetries would be awesome. As I’m a lazy-thing, enjoy the photoshop I should have done a long while ago using Stonewerks’s & Dyson’s geomorphs… as they are awesome and must be used to build cool stuff.

By the way, I finally wrote a really easy tutorial on how to modify geomorphs to build maps like this.

Yep that’s an isometric axonometric projection. Yep it looks a bit off, and my photoshopping skills are not that good so you can see seams. But it’s late and wanted to share. Feel free to populate, mash it up and use it for anything: leave a comment or a message and I’ll put a linky thing to your content if you want. 🙂

If I’ll ever do this again, I’ll just write a batch transformer for the tiles…

UPDATE: Qubish polished the map and numbered the rooms on his blog “Of Dice and Djinn“.

The reason for the lack of posting in the last few days is that I’m currently in Britain having fun with the locals. Yesterday we drove from Manchester to Glasgow and stopped to visit Hadrian’s Wall.
Seeing the wall provoked a number of thoughs, such as:

Pretty pictures once I get back to the continent…