State of the Eye: Six Years of Lost Pages

edit caveat: the wordpress editor is kind of flaky so some things in the text might be weird. Sorry!

Lost Pages exists because nobody wanted to publish me.

Lost Pages is a vanity press.

It’s been some special six years. I’ve done things my way, entirely because I felt it was the way to do them. Some ways were effective, some enjoyable, some fulfilling, some very very stupid, and some failed spectacularly.

Most importantly, it made me grow and change as a person, and some seriously bad stuff happened, and it’s great that I survived the ordeal. Surviving is usually better than not.

However, I have been broken for a while. Badly broken. For a long while.

I could do nothing. My creative output has been terrible and, since Lost Pages has responsibilities toward other people (to make it short: I owe royalties to authors, and I owe delivering the products I sell), I had trouble handling this too.

Fortunately I am quite pragmatic. So, I individuated some weaknesses, and tried to set up ways to cope with them.

Health problems make me useless for stretches of time.

Being useless is not good when you are running a small business.

So Lost Pages must cope without having me at the helm for a while. And me shoveling coal. And loading/unloading cargo. And whatnots. While having other other jobs.

I printed mostly locally and shipped orders myself. This let me handle printing quality better, but it also meant I was shipping myself all the products. This also let me sell boxed sets. And books I bound. Which is overall great for delivering my vision, but is work intensive, and If I can’t function, I can’t deliver. Which sucks. For everybody.

So I decided to make it more sustainable and more resilient, by changing fulfillment strategy. In most cases, the initial print run will be printed locally and shipped by the fine folks at Melsonian Arts Council. Daniel is already selling Lost Pages books, and if you have a taste for my books, you’ll like Daniel’s too. When the copies runs out, books will be made available on POD in the usual spaces.

This also means that I’ll be able to do the stuff I like, instead of shipping stuff.

The other issue is creative. It’s not about publishing, but my writing. 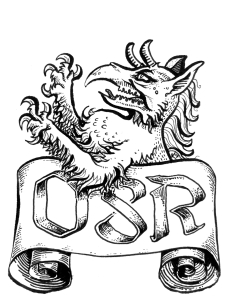 I understand that the OSR is a big tent, but it’s terribly Anglo-American, and weirdly Calvinist, and not conforming to to the Cultural Hegemon is taxing. If you are American, or British, and have no clue about what I’m talking about, do not worry: you are probably seeing it from the inside, and I’m the weird one.

Which is true. I’m literally the exotic one here. I am alien. Now try to imagine the situation where you move somewhere else and everyone thinks you are the weird one, and nobody really understands you, and everyone is really weird, all the time.

If you are a nerd you probably felt it. Alienation sucks.

Now imagine writing about your nerdy stuff for people that just do not get it.

This is not a language problem. Blaming it on the poor language skills of foreigners is easy because it is obvious it makes them hard to understand. And, importantly, it blames their lack of fluency: learning languages is not easy, and nobody really blames anyone for trying and getting stuff wrong.  Lack of fluency is often self-evident and correct, but does not cause the problem. The issue is somewhere else, and it’s less visible.

I can fail to make make myself understood for many reasons, all impairing in different ways. Let me list some:

While my failures are “all of the above”, I’m talking about case #4 here. Which is the real obstacle on the quest for meaning delivery, which is pretty much the entire point of writing. I find it magical that right now you are hearing my thoughts in your head, and we probably never met, and you are several time zones away. It never ceases to amaze me.

Right now I’m planting thoughts in your head. I’m writing for you to read my mind.

Writing as an alienated person for readers that are part of the Cultural Hegemon is partly cultural suicide, partly simply a performance. The Hegemon does not have to abide, or adapt. The Hegemon writes for whatever they like, and reads what they see fit.

So the Hegemon can’t really understand what the alienated is writing about, the same way years ago I did not understand things like, hurr, root beer and, dunno, grilled cheese sandwich. So you kind of have to do this weird dance with your culture, where you replace the ramparts and foundations that have been there for generations and hope just hope that it will work and will be understandable even when you replace wine and olives with root beer and grilled cheese, while still doing justice to your culture and not making a mess, and making something you like and understand.

Explainer: I’m Paolo, and I’m Italian, and I do food metaphors because where I’m from food is at the core of cultural identity, and I picked root beer and grilled cheese because I can pretend that somehow my average reader is a stereotyped Midwesterner I’m making up in my mind. And that Midwesterner really, really loves root beer and grilled cheese. So to make this work, replace root beer and grilled cheese with your favourite food and drink, and then replace the food metaphor with a metaphor that is relevant to your culture but not in mine, and then try to repeat the exercise yourself for someone else. Oh, I forgot, you also have to translate it in a different language, and still watch out for error type #1, #2, #3.

I mean, I guess. My only knowledge of Sassafras comes from the Smurfs, probably one of the most important elements in my personal Appendix N. 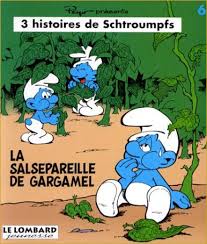 This is writing or translating for different cultures. Sometimes it works. Often it does not. But you always, always betray your thought. Or at least trade part of it for something else that means something different. It’s the only way to make it work for someone not from your culture. Walking between olive trees that have been alive in the middle ages means something completely different than walking among the sassafras. If sassafras is something you can walk through. I have clearly no idea what I’m talking about.

The point is, I’m kind of tired of this dancing. So I might try to write more for me and less for you. While I have all the interest in having my authors succeed and sell well (Hi y’all! /waves), I have no issue if what I write sells terribly.

I mean, money and praise are nice, but at the moment I’m getting enough self validation from other parts of my life that I do not care if I sell poorly.

One last thing: I had a mental breakdown due to work related stress earlier on this year, and I’ve been signed off sick for a few weeks. This happened after years of bullying at work, and being forced to work stupid hours, working during holidays, and routinely being subjected to racist bullshit. Since then the situation much improved, but I am still worn thin.

So I’m going part-time with my day job. This will let me spend more time on self care, and publishing, and writing, and making software, and making art.

8 thoughts on “State of the Eye: Six Years of Lost Pages”